Approximately 79 000  minutes ago, it seems fate intervened in my life, granted fate has never been a positive influence in my life, so let’s instead say some beautiful star up there bestowed upon me an unexpected amazing human being in the form of a grounded, beautiful man, that passed through my life, albeit briefly.  A blissful whirlwind of sorts that swept in, made one lose all sense of time and put me under a spell. Oh dear … chivalrous, enticing trouble had definitely walked into my life and I had to remind myself to breathe. 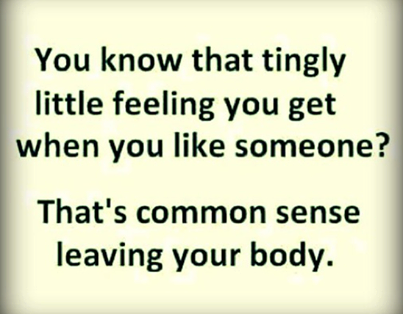 Common Sense … that elusive word, one would think a grown adult would exercise with great zest, but being a woman, yes we sadly fall prey to that very loss of mental maturity with the introduction of an attractive and stand up human being in our lives.  But I ask myself, is the loss of common sense so detrimental?  There are truly worse character traits.  And if I’m totally honest with myself, I think I’ve kind of enjoyed this somewhat  loss of common sense again, some inner abandonment to feeling again – that very emotion I’ve purposely kept at bay over the years, but it has been refreshing to be reminded of it again.

As human beings we; I like to think both man and woman, have an innate desire to want to feel a connection with another.  Personally for me, that one aspect that is first and foremost the most important to me with any relationship, be it a friendship or personal relationship with a potential partner, is a mental and emotional connection.  I’m not sure if this is a ‘woman’ thing or a ‘me’ thing, more than likely the latter, but the ability to hold my attention via a stimulating conversation is of the utmost importance and in truth the biggest turn on for me.  Once you’ve achieved that, I’m literally ‘putty in your hands’.

My lucky star that sent Mr wonderful in my life, we’ll call him my John Doe, I can absolutely say with certainty held my attention from the very first line.  But this ever cynical heart and mind of mine kept wondering when the penny was going to drop.  But as the days turned to weeks, he absolutely surpassed all the expectations I secretly held.

In such a short space of time of knowing him, even I was astounded at how quickly he’d made a lasting impression – an imprint in my life really.   Shameful to admit how easily I fall sucker to good conversation, a man who is grounded, a man with manners, a man with a smile, a voice and looks to make one go weak at the knees and leave you wanting more.  Oh gosh, sometimes we really are the weaker sex.  I think in essence to sum him up would be; he took me to a place no one else has done for some time.  And that was both a scary and elated realization.

But to put it matter of fact, yes, I think he really was quite perfect in a non perfect kind of way.

I often come across quips that read something along the lines of “‘some people enter your life for a reason … blah blah blah”.  I’ve yet to understand the fully comprehension of this statement.  Especially when it applies to those who have hurt us and done us intentional harm and subsequently left our lives, I see absolutely no reason why this could possibly be construed as anything positive.  Because in essence, we never really know upon meeting someone whether they’re going to be hurtful to us, until they actually do. We don’t pro actively seek out relationships that will cause us harm.  Unfortunately these things we learn the hard way.

On the opposite end of the scale, those who enter our lives who seek to make it better or make us a better person for it and unfortunately leave due to circumstances out of our control, what would be the lesson one is supposed to learn from this?  If anything, it’s far worse than those who intentionally hurt us.

However that being said, to anyone who is like me and built walls to protect yourself, whilst I still tread with trepidation, I can also say that it really is worth dropping those walls, even if for a short while to feel alive again.  Alive in the manner that only an intimate relationship can bring.

So to my Mr John Doe, where ever you might be, I am grateful you came into my life, however brief and hope our paths cross again one day.

And I’ll end off with this note I found below, which to my cynical yet romantic heart, I found quite beautiful …